We’re overwhelmed! Last Saturday, December 7, 2019, we opened the feminist strike house at Sihlquai 115 in Saus und Braus. Approximately 700 people attended the big celebration, which we will not forget so soon!

-with wonderful photos of Johanna Encrantz and others

It was a versatile program. During the day several workshops took place. On ecofeminism, for example, self-defence in the emergency room, was the title of another, or on feminism and sex work. Exciting topics were discussed, food for thought given and discussed at the well-attended discussion rounds and lectures. Saskia, who gave the workshop on ecofeminism early in the morning, was enthusiastic: “I had extreme pleasure in the many motivated FLINT*s who attended the workshops during the day. But one could also move, and not only in the evening on the dancefloor. Self-defence was one of the movement workshops or dance as an emancipatory practice. In the flamenco workshop there was loud stomping, while in the workshop “The potency of the body in the process of female empowerment” a calm atmosphere and intimate moments were created.

I found the DJ workshop very empowering. We were shown a few things, afterwards we were allowed to mix music ourselves. Mistakes were mega welcome and we clapped and cheered for the transitions. Ideas for a next AG came up immediately. 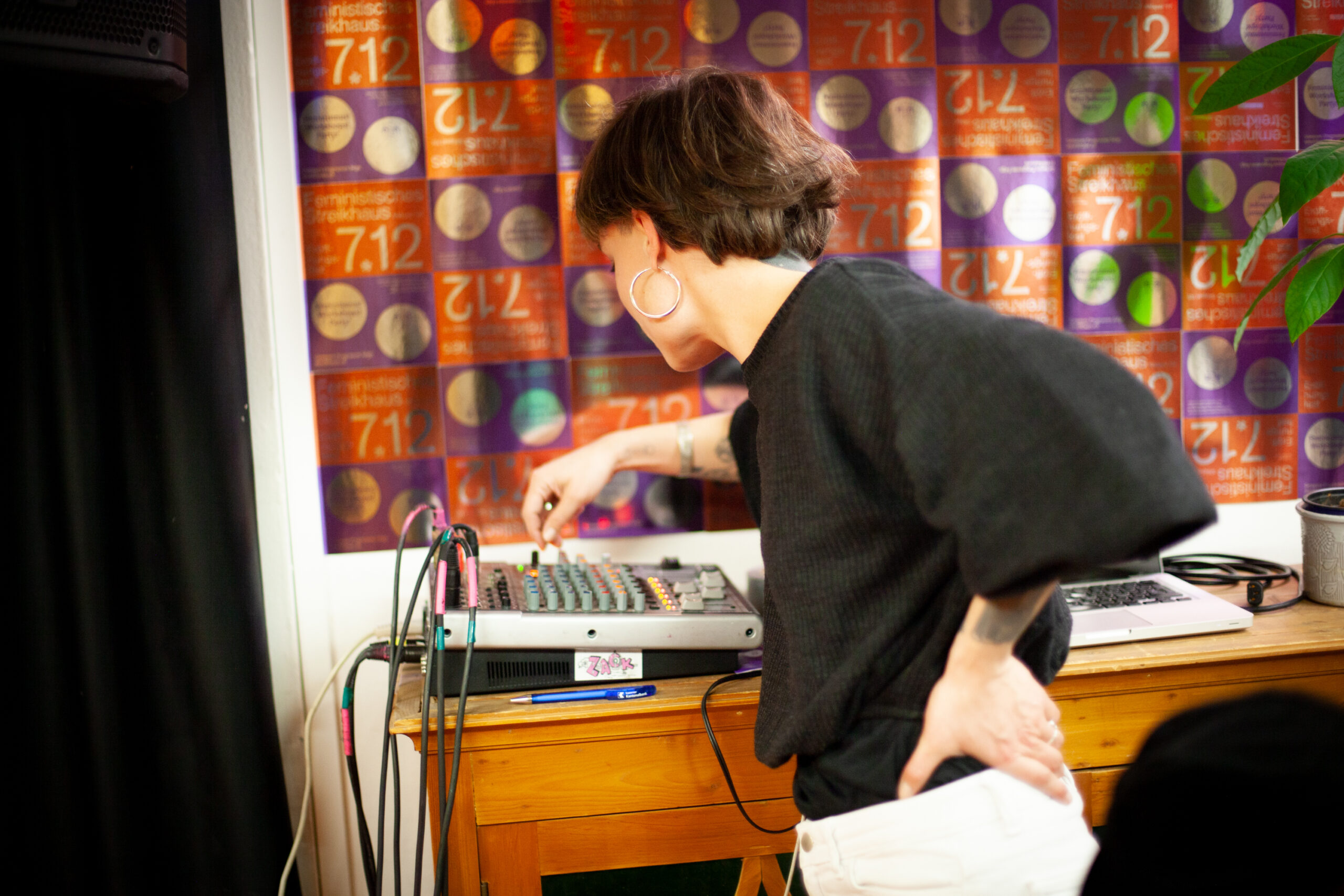 Kris
I found the atmosphere in the workshop very relaxed and found it so easy to concentrate on myself. Flamenco is a very self-empowering form of dance and it did me a lot of good. 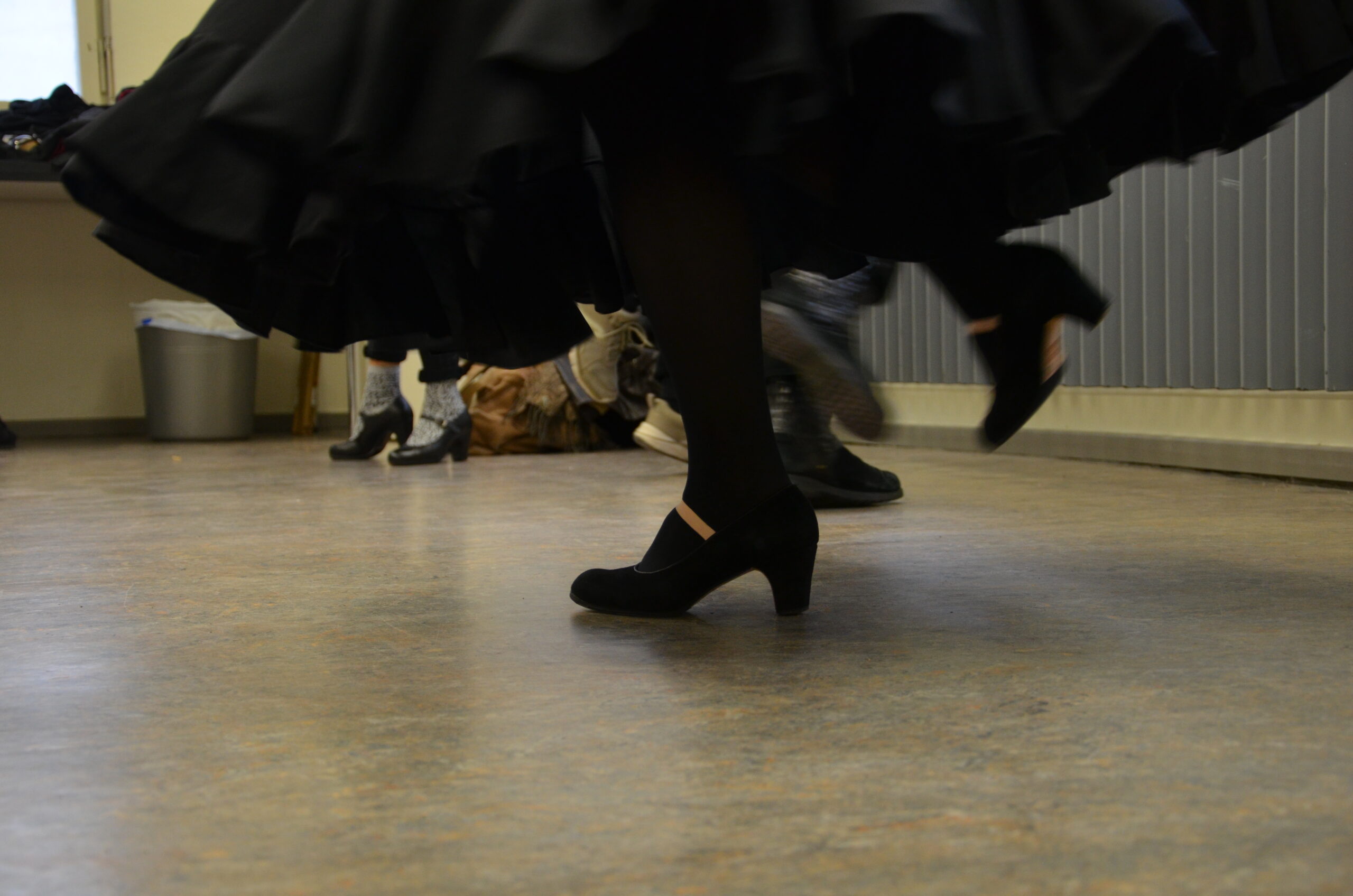 During the whole day people met in the large common room for coffee and cake, exchange and get-together. “I thought the café was wonderful, there was a cosy and solidary atmosphere with new and well-known FLINT*s”, said one participant. Around 15:00 the performance “El violador eres tu” (The rapist you are) was performed in front of the strike house. A video by women from Chile had recently made the rounds on social media in which the daily violence against FLINT* people was pointed out. The choreography has since been adapted worldwide. The cars honked their horns and people got out of their cars like mackerels, angry to be stopped, but the 50 FLINT*s did not let themselves be put off and performed the choreography twice. It is an incredibly expressive choreography and many described the mood as encouraging and also emotional.

When the evening slowly came over the strike house, many people gathered at the fire bowl in the big garden. At the warming fire and mulled wine they sang strike songs together. “I was particularly touched when a smaller group sang old strike songs in several voices over the fire. They all had very nice voices,” Bigna says. While the party on the day was only open for FLINT* people, numerous cis-men flocked into the house to join in the celebration. There were concerts on 3 floors, for example that of Lila Lisi. Lila has always accompanied the feminist strike musically and then the strike song was started and everyone cheered joyfully. Another concert was given by Dandara, whose voice enchanted. Later, of course, there were DJ*ane sets, such as those by HABEBE. On the ground floor Laura played among others. “I just grabbed the AUX cable after some people told me to hang up.”

Until deep into the night we danced, celebrated, toasted our house, which we set up and structured within a very short time, where we have many offers and projects, offer space for meetings, for artistic activities, for discussions, networking and celebrating!

I liked the many positive, unbelievably great feedback from all guests/visitors* best. That people came to me and said they hadn't felt so comfortable at a party for a long time. Good mood over all generations 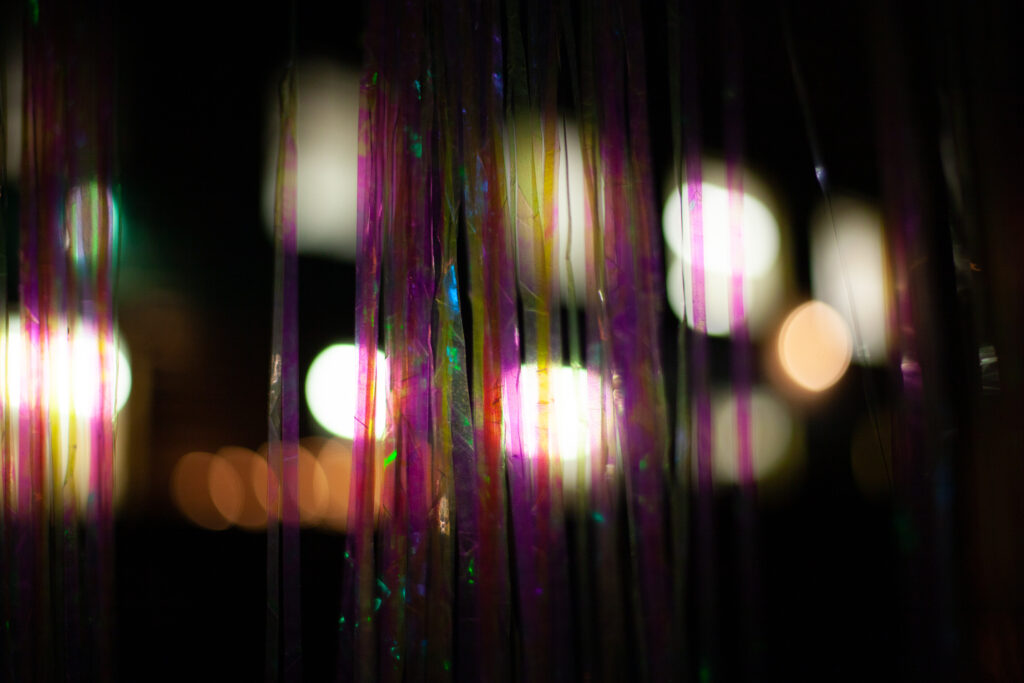 Unfortunately, the strike house still has many barriers at present. For example, it is not yet freely accessible to people in wheelchairs – to be precise, there are nine steps to the raised ground floor. As soon as we have organised a lift, we will make a note of this here.

We have a wheelchair accessible WC in the garden.

We try to support people who need access without barriers and want to take part in an event in the strike house as a community wherever possible. For example, we carry you and a lighter wheelchair into the house or accompany you if you have impaired vision. Please contact the organisers of the event in advance.

We are committed to breaking down the biggest barriers as soon as possible. This is currently proving to be more difficult than expected. For inputs and ideas, please feel free to contact us.

Here you can find us