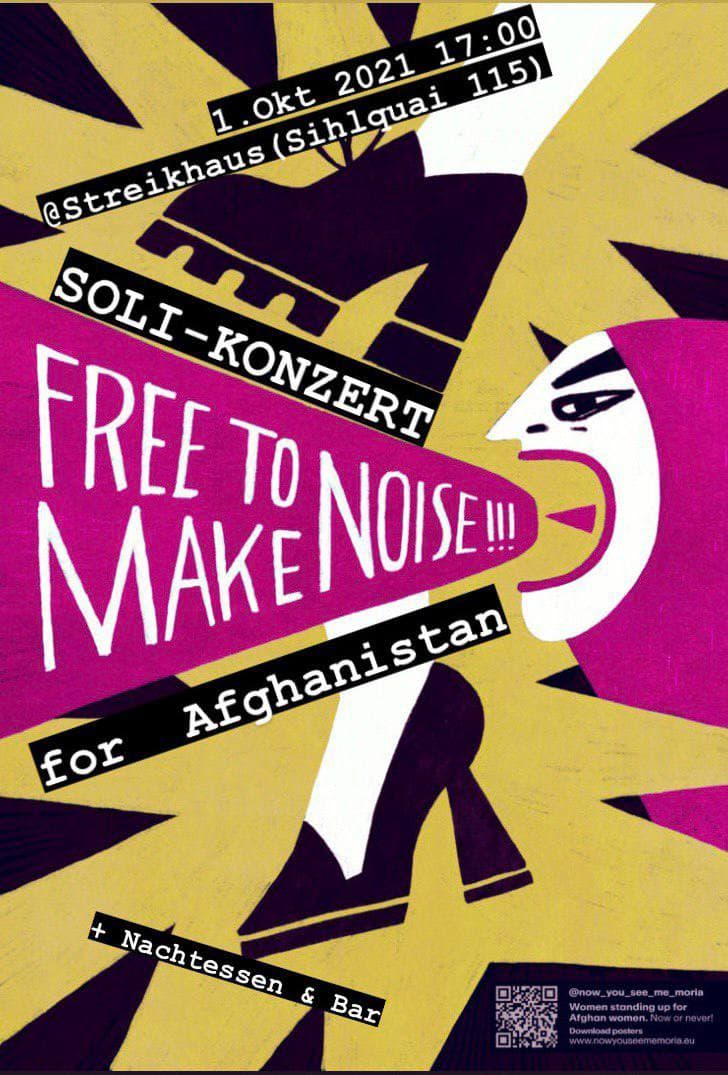 Afghan feminists bravely oppose the Taliban. Despite being beaten and in danger of death, they take to the streets and claim their rights. In Switzerland, too, Afghan women organize for the resistance
against the mysogyne, racist and queer-hostile regime of the Taliban.

Let’s make noise for our Afghan brothers and sisters. Feminist Solidarity Worldwide: From Chiapas to Rojava! From Zurich to Afghanistan!

We donate the proceeds from the soli entry & bar operation to RAWA – Revolutionary Association of Women of Afghanistan, as well as a network of Afghan women in Switzerland

In addition, like every Friday, there is Solitznacht organized by refugee women, the proceeds of which go directly to them.

The soli concert is open for all genders. The soli concert should be a space in which people can feel comfortable regardless of gender identity, sexual orientation, skin color, body shape … Racism, ableism, sexism and queer hostility have no place at the event.

If the weather is too stormy, the event would have to be canceled, but we have tarpaulins for drizzle (:

Please come tested, recovered or vaccinated. If you don’t have the opportunity to bring a certificate with you, there are tests on site.

Hello you, this website is only available in German. If you speak any other language but German, don’t hesitate to contact us via info@streikhaus.ch and we will help you.

Unfortunately, the Strikhaus still has many barriers at the moment. The first floor with community room, library and free store is now wheelchair accessible thanks to a stair lift. For assistance, please contact barrierefreiheit@streikhaus.ch.

Here you can find us 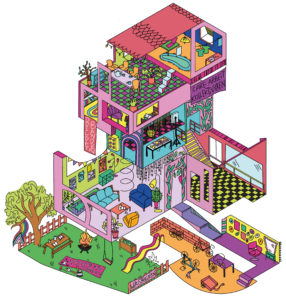